Cheryl Cole Doesn't Have The X Factor (In The US)

Cheryl Cole was hired on as a judge for Simon Cowell's new Fox show The X Factor. An unknown to US audiences after winning the British version of the show, Cole joined Cowell at the judge's table after the initial round of auditions (which attracted thousands to Newark for the chance at stardom). Unfortunately, Cole's thick British accent could not be understood and Cowell had to dismiss his friend from the show. That was followed by the mini-drama of whether or not Paula Cole would join the show as a judge, which she eventually did. 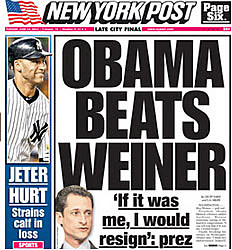 Anthony Is A Weiner

New York Congressman Anthony Weiner began the summer as a young, up-and-coming Democrat from New York and ended the summer unemployed and a tabloid joke after first denying, then admitting, he tweeted pictures of himself to a woman in Washington State. The story also made for some of the funniest headlines from both the NY Daily News and Post in a long time.

Washington ground to a halt as the reality of deficit spending reared its ugly head. President Obama and Democrats wanted to keep spending while Republicans drew a line in the sand over the deficit ceiling. In the end both sides came up with a weak compromise, the United States' credit rating was reduced and the market fell 600 points the day after the compromise was reached. 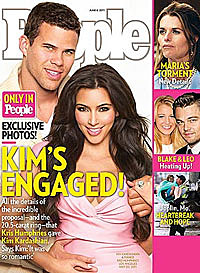 It was a "Kardashian Event." The marriage of Kim Kardashian and former New Jersey Net Kris Humphries. No toaster or blender for this couple; they made $17million from the wedding from special perfumes to magazine deals. Details of the nuptials will unfold in the upcoming season of Kim's E! show. 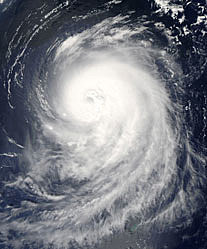 An unwelcome late summer visitor
Hurricane Irene came up the east coast to much hype the last week of August. Millions were evacuated away from the coast in anticipation and store shelves bought bare. In the end, however, it was inland areas of New Jersey that bore the worst brunt of Irene's fury with floods and power outages.
Filed Under: Barack Obama, Kim Kardashian, Simon Cowell
Categories: Articles
Comments
Leave A Comment
Back To Top
Two Lacey Police Officers presented with award after reviving man